Cybersecurity is something that’s top of mind for all businesses these days. Not only do breaches pose a direct threat to customer information, they also expose companies to the risk of damaging PR. No one wants to be part of the next headline highlighting the latest security breach.

But for small to medium-sized businesses, it’s often not viable to build out an entire cybersecurity team. Resources are constrained, and need to be focused on customer acquisition and building out their offering. In cases like these, where they want to take security seriously but don’t have the bandwidth to manage it in-house, these businesses often turn to Managed Detection and Response (MDR) companies.

This MDR space is where you’ll find ActZero, a Seattle-based startup that is looking to upend a stagnant security industry by leveraging the latest in machine learning and artificial intelligence. Founded in 2019, the company has been aggressively scaling up since completing a full migration to AWS.

As Jerry Heinz, VP of Engineering at ActZero puts it, “MDR companies have largely operated similar to any small business over the years: as you bring on more customers, you bring on more security analysts to scale your service. These security analysts are hard to find and harder to retain. The key problem we saw was “alert fatigue”, meaning the analysts were getting overloaded with false positives. At ActZero, we’re building a new type of MDR that reduces that fatigue by leveraging ML to make a smarter system that is better at detecting the actual threats.” 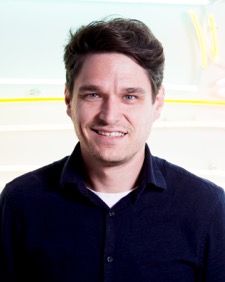 Starting a machine learning company comes with some unique challenges though, not the least of which is collecting a data set to train your ML models. Some take the road of building a customer base and using that data to help build the algorithms, a process that could take years. For ActZero, they opted to take a quicker approach, per Heinz.

“We could’ve spent the first three years of our startup’s life building an MDR company from the ground up, but we decided to shorten our time to market by buying an established company that was a strong match both culturally and directionally for us. So we acquired IntelliGO Networks. They had the culture, the vision, the customers, and the data. We could jump right to training our models.”

There was just one problem. While IntelliGO had a great presence in the MDR space, their architecture was not designed for the advanced ML and scale that ActZero would need in the long term. IntelliGO’s team had organically built their infrastructure as they grew, letting the customer base decide where systems were built up. This led to having one data center in Canada and one in Northern California running on dedicated hardware and a cluster of VMWare-based virtual machines. IntelliGO was quickly outgrowing their hardware footprint before the acquisition, and so the engineers were spending the vast majority of their time supporting the system rather than building new features for their growing customer base.

In an effort to modernize the tech stack and enable them to scale, ActZero surveyed the market to understand who would be best equipped as an infrastructure partner. As Heinz puts it, “We wanted to make sure we had the best understanding of the options out there when making a long term decision. While GCP and Azure had a handful of services that were intriguing, at the end of the day we kept coming back to AWS. The flexibility offered by the breadth of services was a huge driver, along with the ability to cost optimize.”

To help ease the process of migrating, ActZero also leveraged the AWS ProServe team and dedicated Solutions Architects to ensure the migration went smoothly. Throughout the migration, the AWS team worked directly with ActZero employees to share best practices and fill knowledge gaps, partnering closely to set the company up for success, per Rob Fallone, Director of Platform Engineering.

“For me, this was my first ever engagement with AWS. The structure of how the ProServe team supported us along the way was excellent. Having them work “hand on keyboard” with us was hugely helpful in giving us direction. They knew exactly how to manage a VM migration, which enabled us to complete the migration in three months.”

Looking ahead, the ActZero team is excited and well postured to scale their next-gen MDR company. “Now that we’re fully on AWS, it’s been fun testing the variety of services that are available to us. From bootstrapping ML algorithms in Amazon SageMaker to finding new ways to reduce costs via the many levers at our disposal, it’s been a great experience. I’m also happy to say that we celebrated 100% uptime in May, which is pretty amazing to see,” says Heinz.

Boost Your B2B SaaS Startup with These AWS re:Invent Sessions

Blockchain Newsletter for November: The state of blockchain standards and policies

What is blockchain and can it really help estate agen…

iPhone zero-click Wi-Fi exploit is one of the most breathtaking hacks...